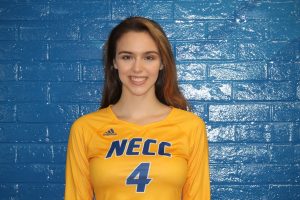 Sarah Shattuck of Andover and Brooke Naatz of North Andover earned first team honors, while Christine Ortega of Haverhill received honorable mention recognition based on their performances throughout the season.

Shattuck, a co-captain, has earned first teams honors for the second consecutive year was the regional leader in kills with 193 and service aces with 80. She also ranked fourth in digs with 121 and while missing a small portion of time early in the season with an injury. She also averaged 3.71 kills per set which was tops amongst the region. 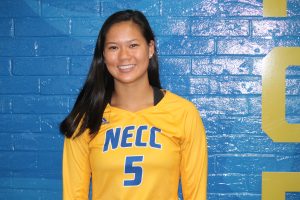 Naatz, a consistent presence on the court throughout the season, finished second regionally in hitting percentage at .314 and was fourth in kills with 135. Her 2.21 kills per set was fourth in the region amongst those competing in at least 60% of their teams matches. She was fifth in service aces with 45.

Ortega, a co-captain and team leader, provided a consistent presence on both sides of the net for the Knights throughout the season. She was fifth in the region in digs with 108 and contributed 30 service aces. 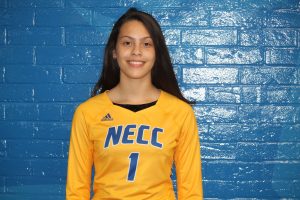 After a slow start, NECC turned things around and recorded a 7-3 conference record, earning the number two seed in the regional tournament where they fell in the championship round to Massasoit by a 3-1 final.