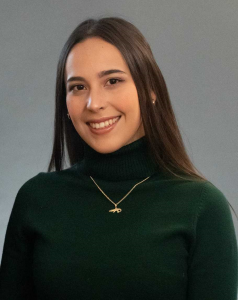 Northern Essex Community College Athletics announced its annual award winners via social media. In a year that saw spring sports cancelled nationally by the COVID-19 pandemic, the athletic department continued to award its major award winners for the third consecutive year. The awards presented awards were: Unsung Hero, Scholar Athlete, and Athlete of the Year.

The Unsung Hero Award is presented to one student who has made significant contributions to his/her team and/or within the campus community who contributions are noticed more than just statistically.

The recipient of the Unsung Hero Award was Crissy Cruz of Lawrence who was a member of both the volleyball and softball programs. She was a solid contributor to the volleyball program as one of two rotating setters as the Knights advanced to the Region 21 conference championship match. She was also set to start at second base for the softball team prior to season being cancelled by coronavirus. Off the court Cruz was an asset to her coaching staff as she has assisted with recruitment effort of new female student athletes to the athletic program and held multiple positions within the Sports and Fitness Center on the Haverhill campus.

The Scholar Athlete Award is presented to individuals who have significant contributions to their respective teams while also maintaining an overall grade point average of 3.0 or higher.

The female recipient of the award, Zaida Pimentel Gamboa of Rowley who was a member of the volleyball team and graduates with a GPA of 3.97. On the court, she appeared in all 24 of the Knights matches as an outside hitter. Additionally, Pimental Gamboa represents Northern Essex as a Phi Theta Kappa All-Massachusetts Academic Team member as being one of the highest academic achievers at a community college in the Commonwealth. 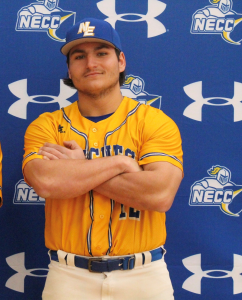 Mike Stellato of Lynnfield was named NECC’s male scholar-athlete for 2020.

The male recipient of the award, Mike Stellato of Lynnfield who was a second-year member of the baseball program and graduates with a GPA of 3.94. The starting first basemen, prior to the seasons abrupt end, Stellato had two doubles in his five at bats on the season as it abruptly ended after just two games as completion was halted nationally in mid March. With three seasons of eligibility remaining, Stellato will be continuing his academic and baseball career at NCAA Division I Bryant University in Smithfield, RI.

The Athlete of the Year Award is presented to one male and one female student-athlete who has performed at a high level throughout the course of their season(s) while maintaining satisfactory academic progress at the college.

The female recipient of the award, Sarah Shattuck of Andover was a co-captain of the volleyball team this past season and earned first team All-Region honors for the second consecutive season. After an early season injury she was dominant at the net leading the region in kills and also ranking among the top of the national list with 5.8 points per set. While currently undecided on her transfer institution, Shattuck intends to continue her playing career at the four-year level.

The male recipient of the award, Kyle Manley of Gloucester is a first-year member of the cross-country team, Manley put up one of the finest individual seasons in the programs history. He finished 29th at the national championship meet with a time of 28:21 for 8,000 meters which ranks as the fourth fastest time in program history. He also had a strong year in the classroom earning NJCAA Cross Country Coaches Association Academic All-America award. With his eyes on improving his performance at the national level, Manley intends to return to NECC for a second season this coming fall.