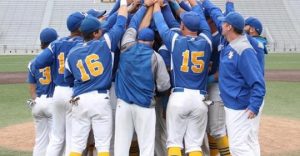 The college is participating in all sports where competitive schedules could be developed with regional competition in the Greater New England region, according to Dan Blair, athletic director.

“We remain committed to providing our student-athletes with a safe competitive environment for the spring semester and with the support they need to succeed both athletically and academically.”

The college will follow all Massachusetts COVID guidelines, which means spectators will not be permitted unless limitations are lifted by the state.

In making decisions for spring, Blair and other members of the college’s athletic program collaborated with the college’s COVID Response Team; the Broad Institute, an MIT research center; and the National Junior College Athletic Association (NJCAA).

In the fall, the only team to compete was the Esports team, which had a very successful season, capturing the New England Collegiate title in Overwatch. That win came on the heels of a winning spring 2020 season which included two NJCAA national titles. Esports will continue their competition schedule as normal in the spring semester.

The basketball season will kick-off on February 20 when the Knights hit the road to take on NHTI (New Hampshire Technical Institute) in Concord. NHTI will visit the college’s Sport and Fitness Center four days later on Feb. 24 for a home game.

The Knights baseball team, which is scheduled to open the season in mid-March, is ranked 7th nationally in the NJCAA by the Junior College Baseball Blog, earning early national recognition.

Competition schedules are also in development for men’s soccer, softball, golf and track and field. Several of the Knights athletic teams held on campus training sessions in a structured and monitored environment during the fall semester. Per NJCAA guidelines for the 2020-21 academic year, no student-athlete will be charged with a season of competition.

“I’d like to thank the college administration and the COVID Response Team for all of their support as we work towards our return,” stated Blair.

Any student enrolled at the college for the spring semester who has not already been speaking with members of the coaching staff is encouraged to contact NECC Athletic Director Dan Blair  for further information on the upcoming spring semester competition.