Paying for College: It’s All About Value 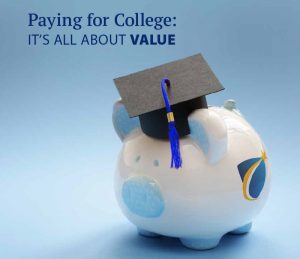 You know that feeling when you get a great bargain and you can’t wait to tell the world about it?

Well, that’s how many graduates feel about the education they received at Northern Essex.

When a recent post was shared on the Amesbury community Facebook page highlighting two 2020 high school graduates who had planned to attend a four-year college but started at Northern Essex instead, the response was immediate. Over 30 graduates, as well as parents, chimed in with their own stories about how starting at Northern Essex allowed them to earn a college education and graduate without excessive debt.

And while saving money was a theme in those posts, many also stressed the quality of the education they received at the college, sharing how their Northern Essex credits transferred seamlessly into public and private four-year colleges and universities.

How much can you save by starting at Northern Essex?

Reanne Malesky ’10, who transferred to UMass Amherst, where she received her bachelor’s, may have selected Northern Essex for its affordability, but she soon discovered more benefits than she ever imagined. “It didn’t take me long to realize how good the education (at NECC) really is,” she says. “The individual attention…a professor saying ‘hey, good job’. That meant so much to me.” 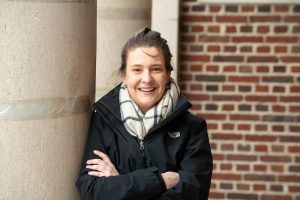 Reanne Malesky, ’10, says she would make “the same choice (to attend NECC) a million times over.”

Why is college affordability important?

Everyone has heard the stories about recent college graduates who are so saddled with debt that they’re unable to move forward with their lives, buy a home, or settle down and have a family.

In 2010, student loan debt in the U.S. totaled around $800 billion and has now grown to $1.7 trillion. It’s the second biggest form of debt in this country, one and a half times what people owe on their credit cards, and surpassed only by mortgage debt.

And more college students are taking out loans. According to the Federal Reserve Bank of New York, 10 percent of the U.S. population had student loan debt in 2004, and, since 2016, that has grown to 18 percent. Students are now graduating with an average of $35,000 in student loans.

Is a college degree worth it?

Deciding not to attend college is not always a viable option. A college degree can be the ticket to better-paying jobs and greater lifetime earnings.

According to a report from the Lumina Foundation, college graduates earn $32,000 more a year than high school graduates and $625,000 more in lifetime earnings. Other benefits include a 47 percent higher likelihood of having health insurance and a 24 percent higher probability of being employed.

Having a college degree can open up doors, allowing grads to reach their full career potential.

How to make college more affordable

Northern Essex has close to 200 transfer and articulation agreements with public and private colleges and universities across New England and beyond. Still, the most affordable route to a bachelor’s degree continues to be the Mass Transfer Pathway, which helps students transfer seamlessly from Massachusetts community colleges to Massachusetts state colleges and universities, offering many tuition benefits in the process.

In the Massachusetts A2B (associate to bachelor’s) Program, associate degree graduates transferring on for a bachelor’s degree are guaranteed admission with a 2.5 GPA or higher and receive a tuition discount if they have a 3.0 GPA or higher.

By using Mass Transfer, Northern Essex grads can earn a bachelor’s degree from UMass Lowell, for example, for approximately $35,226 in total, and that doesn’t include the scholarships, which so many of our students receive.

Alumna Reanne Malesky, who took advantage of the Mass Transfer Pathway and went on to graduate from UMass Amherst, is now working as a senior implementation consultant for Charles River Development, an investment management platform. With minimal loans that will soon be paid off, Malesky could not be happier with her decision to start here. “I would make the same choice a million times over. Some of my friends who attended other colleges are struggling with mortgage level college loans.”