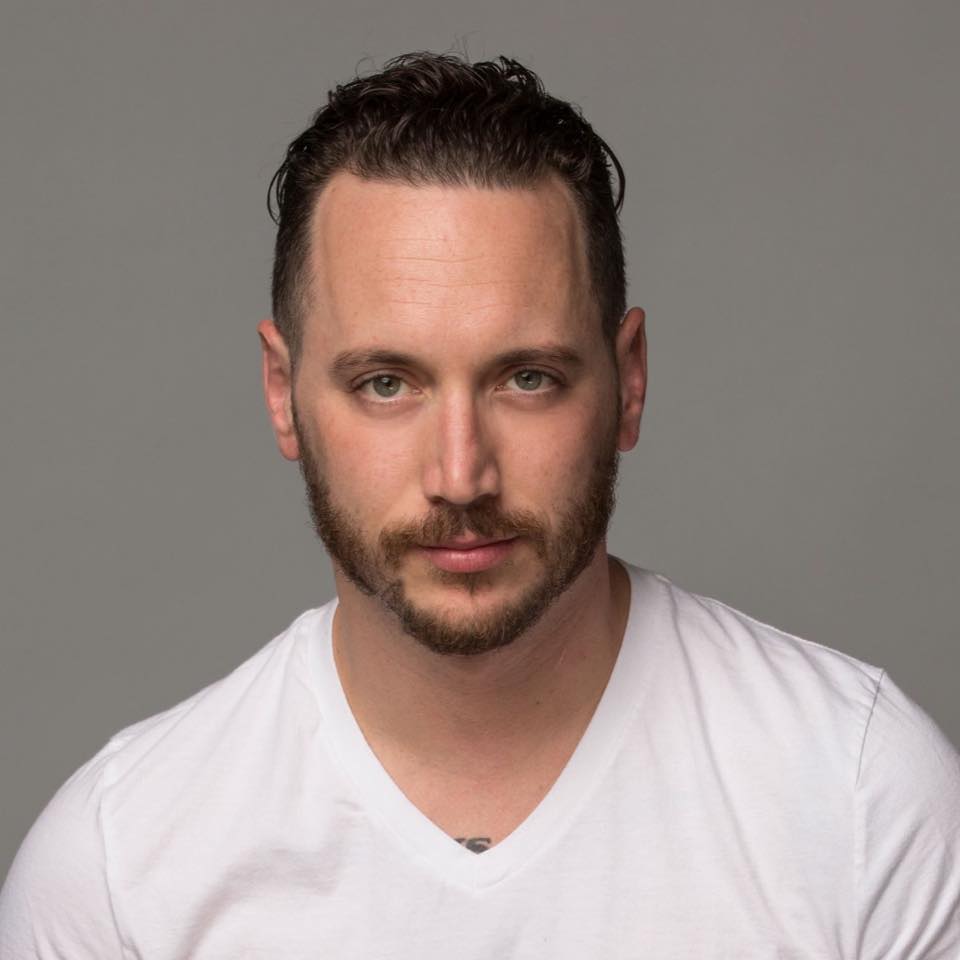 Haverhill, MA (October 13, 2021) When Haverhill’s Michael Zuccola ’07 returned to the stage at Northern Essex Community College, the professional actor found himself heeding his own advice to students: always have a monologue ready. After a Q&A with students and his longtime friend, NECC Performing Arts and Communications Professor Brianne Beatrice, Zuccola treated the socially-distanced crowd to three short monologues: from Shakespeare, to a comedy, to a moving portrayal of a fire fighter.

Zuccola is the first in a series of guest artists scheduled to visit the NECC Theater this school year. If he looks familiar, that’s because, as he and Beatrice joked, he’s “always on television.” Zuccola has starred in local and national commercials, stage productions, and films. But, he says it all started at Northern Essex.  “Here in this theater is where I thought ‘I could make a career of this.’”

Zuccola graduated from Haverhill High School in 2001 and, in 2002, he enrolled at NECC as a general studies major. However, an elective class, Intro to Theater, made him reconsider his path. “I always had a knack for performing…I sort of developed this real appreciation for it and the more I learned, the more the appreciation grew.” Zuccola changed his major to theater and quickly devoted himself to the craft. He starred in multiple productions and was chosen twice for the Kennedy Center American College Theater Festival. Students compete in 16 different regions for the prestigious award, and Zuccola was the first NECC student to be selected to represent New England at the national festival in Washington, D.C.

Thanks in part to connections made at the festival, after graduating from NECC in 2007, Zuccola transferred to Salem State where he earned his BFA in 2012 with a concentration in performing. He was also one of two dozen students chosen out of thousands of applicants for the The Actors Theatre of Louisville Apprentice Company Scholarship. The one-of-a-kind apprentice program is designed to help recent college graduates transition into professional acting careers. 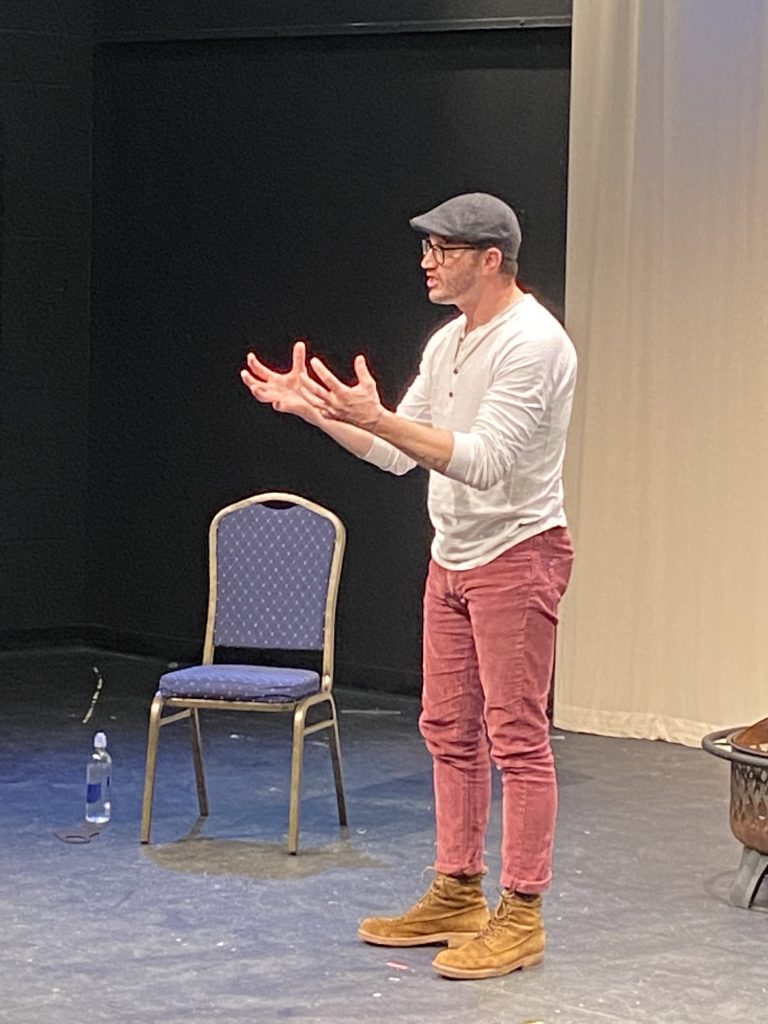 Zuccola told the students in the audience at the Q&A they likely won’t make much, if any, money in those first few years of their careers. But he shared that many of the connections he made on various projects proved to be invaluable, and led to opportunities that now allow him to make a living as a performer fulltime. One of his most recent roles is in the film “Witnesses” (he is the first shown in the clip) which was released in theaters this summer. Even after taking part in multi-million dollar productions (“They flew me to Utah for one day just to climb over a fence!” he said about shooting a scene in “Witnesses”) Zuccola told the students he’ll always be grateful for where he got his start.  “Remember your roots- NECC was the seed that was planted and grew. This place is a gem. You have a chance to build something for yourself. You can harness and hold onto what you learn here.”

Next month’s guest artist will be actor and designer Esme Allen, lead actor in the recent Huntington Theater Production “Hurricane Diane,” on November 2. Contact theater coordinator Brianne Beatrice to attend. Beatrice is also directing a production of “Tiny Beautiful Things”, a play based on a book by best-selling author Cheryl Strayed and adapted for the stage by actor, director, producer and screenwriter Nia Vardalos. Outside socially-distanced performances will take place on NECC’s Haverhill Campus, November 4, 6, and 7. For more information and to purchase tickets, click here.

Watch the trailer for “Witnesses” and more of Michael Zuccola’s clips here.