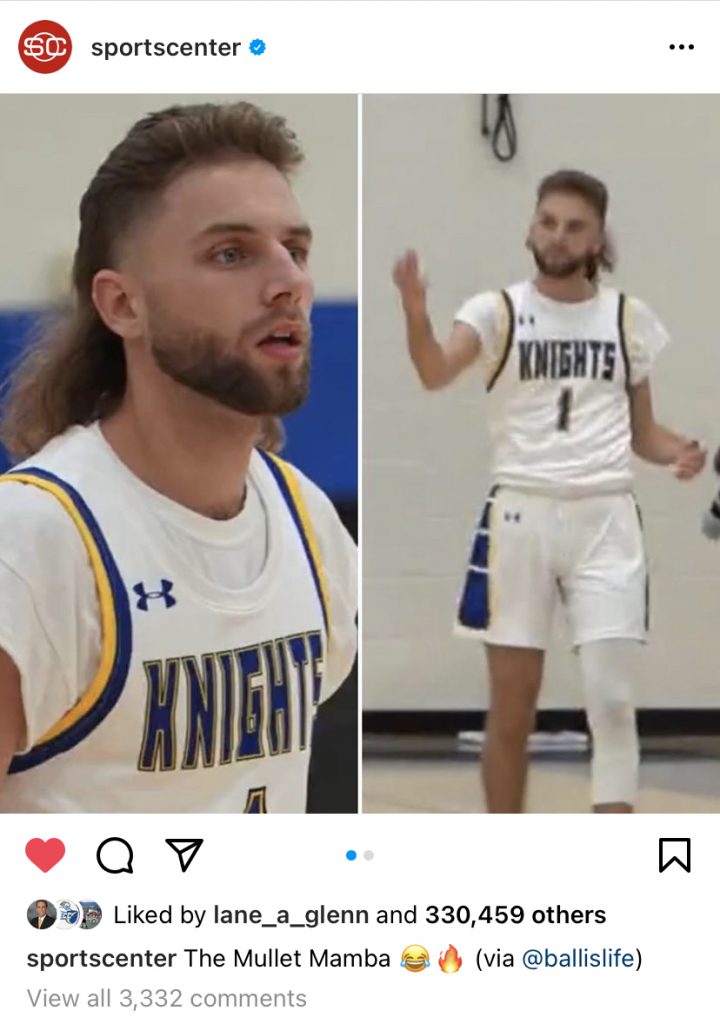 Haverhill, MA (November 17, 2021) The Northern Essex Knights basketball team has a lot of reasons to be proud of their season opening game: they bested a four-year school, the University of Maine-Augusta, 78-66 and earned their first opening night victory since the 2017/18 season. But it wasn’t their brilliant game play that now has images from that night going viral. It was the dazzling performance of one player’s hair.

NECC alum Andrew Comeau, who contributes to the popular @ballislife social media accounts, initially went to the November 3rd game to cover a UMA player. But in the process, he got some great shots of NECC’s Matthew D’Amato’s distinctive ‘do and asked him if he could share it on social media. “I had no idea the video would blow up the way it did. [He] told me it had a chance of making it on their Twitter, but I thought it was a long shot,” says D’Amato.  “Next thing I know, it’s on their Twitter and Instagram where they have millions of followers.” And that was just the beginning. ESPN’s SportsCenter picked it up and shared with their 26.37 million Instagram followers, dubbing D’Amato the “Mullet Mamba” in the process.

Matthew D’Amato is from Peabody and went to Salem State to play basketball in 2017. He made the team his second year but didn’t see much playing time. He decided to leave school to work full-time. Then, the pandemic hit, and he found himself with a lot of time to reflect.  “I stopped working and there was nothing to do.  I felt like I didn’t have a purpose.  I decided I wanted to go back to school to continue my education and maybe play basketball again.  In order to do that, my mindset had to change, along with my hairstyle.” 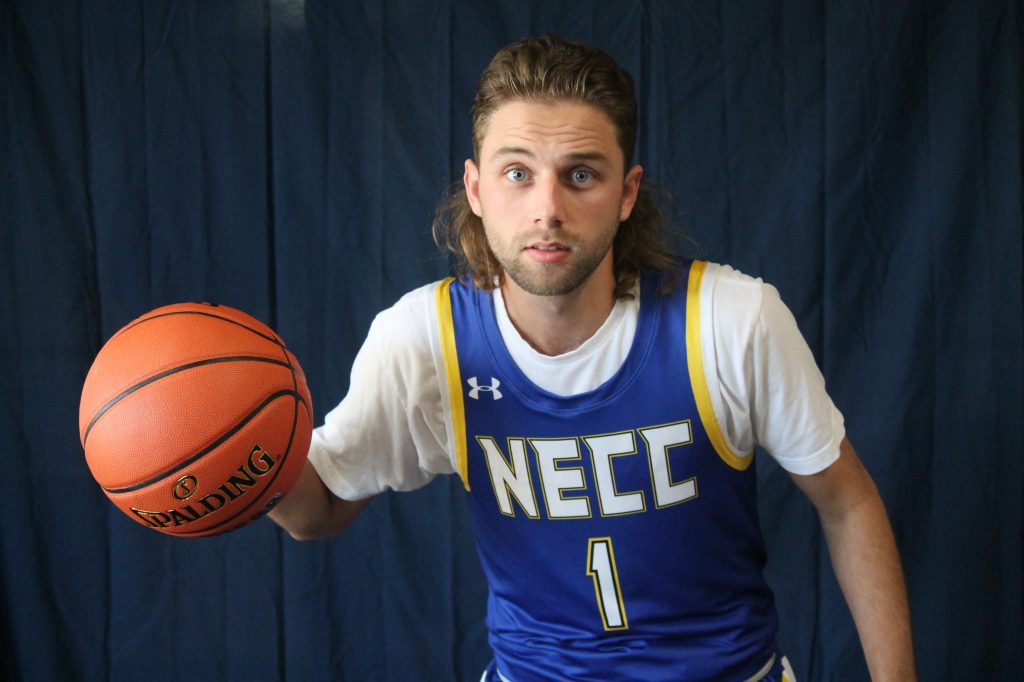 D’Amato contacted NECC Basketball coach Darren Stratton who helped him enroll as a Liberal Arts major and secure a spot on the team. The next step in his transformation was reshaping his grown-out pandemic hair. He says he and his barber Rich Dulkis, at Messinas in Danvers “…both thought a mullet would look cool.  When I went home that first time after I got it, my family thought it was hilarious.” D’Amato says his sister got tired of the joke pretty quickly though, and begged him to cut it several times. “Thank God I didn’t. The mullet turned into a statement for me.”

Unfortunately for his sister, it looks like this may be just the beginning for D’Amato’s mullet. Since his photo and video were first shared on the evening of Monday, November 15, he’s been inundated with messages and even interview requests. The story was featured on Snapchat and shared hundreds of times on Twitter and Instagram. SportsCenter’s post has 330,000 likes and 3,600 comments. “I was and still am in shock.  I got mixed responses when I asked people how they felt about the mullet. I never knew it could get the attention it’s getting right now.” 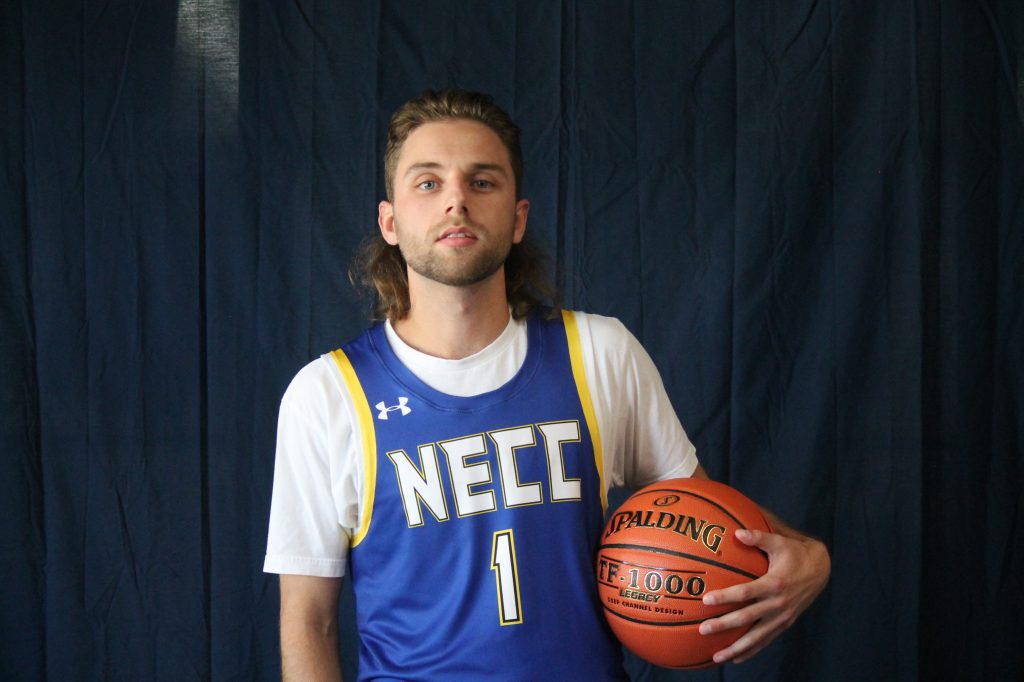 Several promotional nights are in the works for upcoming NECC Knights home games, including the game on 11/23, when the first 25 student fans who show up will get their very own mullet wigs to wear. D’Amato is taking his new-found fame in stride and says he’ll apply lessons learned from this experience to his clothing brand, Forevr UnFinished, which he started in 2017. “My journey is exactly that, forever unfinished. I will always keep striving for more.”