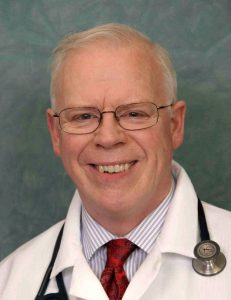 Haverhill and Lawrence, MA (January 6, 2022)-In the late 1980s, Dr. Eric Dickson was in the Army Reserve and a student in the Respiratory Care Program at Northern Essex Community College.  He was admittedly unsure of what direction his future would take and open to guidance.

Dr. Daniel Coleman of Andover, a pulmonologist and his respiratory care professor, recognized the young man’s potential and suggested that he consider becoming a physician.

This wasn’t something he had considered, but Dickson was intrigued. After earning his associate degree in respiratory care from Northern Essex in 1988, he went on to get a master’s degree from Harvard University and a Doctor of Medicine (M.D.) degree from the University of Massachusetts Medical School, fulfilling the promise that Coleman had noticed.

“He (Dr. Coleman) was the first person in my life who recommended that I go to medical school and become a doctor. His mere suggestion in that moment started my career trajectory, which culminated in my current role…I’ll always be grateful for Dr. Coleman’s encouragement that led me to where I am today.”

A resident of Princeton, MA, Dickson is now CEO of Worcester’s UMass Memorial Health, the third largest health care system in Massachusetts, employing over 16,500 individuals. He has guided his health care system through the global pandemic and been a leading voice in the Commonwealth’s battle against COVID 19.

He recently demonstrated his gratitude toward his former professor by helping the college to endow a scholarship in Coleman’s honor. He challenged the community to match his pledge of $10,000 as part of a campaign that was announced in February of 2021.

The response to his challenge has been overwhelming.

The permanently endowed scholarship fund is now over $70,000 and donations are still being accepted.

In addition to Dr. Dickson’s contribution, the fund has received support from respiratory care alumni and the local community, including hospitals, medical offices, and colleagues of Dr. Coleman’s.

Donations were also received in honor of NECC alumna Becky Centrella, ’17, a respiratory care graduate who served on NECC’s Respiratory Care Advisory Board, before passing away in 2021. A resident of Merrimack, Becky worked at Beth Israel Medical Deaconess Center. 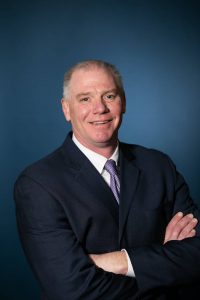 “I wanted to offer this scholarship at NECC so that other students might be offered the same opportunity to learn and grow like I did,” Dickson says. “…Through a giving challenge, $100 becomes $200 and so on. I believe people are more likely to donate if they feel their investment might trigger a second donation and build upon the initial funding goal.”

Retired from his private pulmonary practice in North Andover since 2020, Coleman continues to serve as the medical advisor for NECC’s Respiratory Care Program, a position which he has held for 35 years.  He has been on the faculty at Tufts University School of Medicine since 1989.

As medical advisor to the NECC program, Coleman provides student lectures, which he does purely for the love of teaching. “I still get a kick out of coming in, and do my best to make the lectures entertaining.”

A native of Quincy, MA, Coleman attended Georgetown University School of Medicine and served in the US Air Force.  He was Medical Director of the Intensive Care Unit at Andrews Air Force Base Medical Center.  Following active duty, he returned to Massachusetts, joining a pulmonary practice in North Andover.  He remained an Air National Guard colonel, and became the State Air Surgeon for MA in 1993.  He and his wife live in Andover, and raised their three children there (two of whom are Georgetown Medicine grads).

Over the years, Coleman has enjoyed watching his students succeed in their careers. “Some have gone on to be department heads here and in New Hampshire… When I left Lawrence General, many of my former students were senior therapists.”

Still, Eric Dickson stands out over the years. “He’s been impressive for a long time.”

Northern Essex offers an Associate of Science degree in Respiratory Care. Respiratory therapists work closely with physicians and nurses to manage lung and breathing disorders, and evaluate and treat patients to help them recover lung function. The program prepares you to work at the therapist level.

The scholarship will be awarded to a respiratory care student in the spring of 2022.

Permanently endowed NECC scholarships, with naming opportunities and criteria restrictions, can be created with a minimum commitment of $25,000. To learn more about creating an endowed scholarship or contributing to the Dr. Daniel Coleman Scholarship, contact Lindsay Graham, director of annual giving and alumni relations, lgraham@necc.mass.edu.