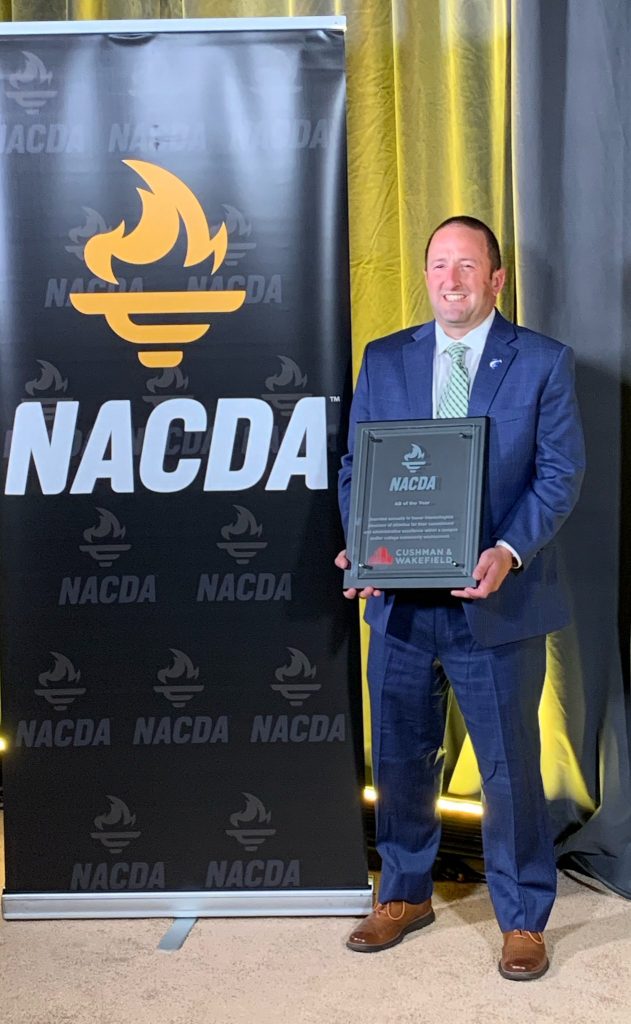 The award spans seven divisions (NCAA FBS, FCS, Division I-AAA, II, III, NAIA/Other Four-Year Institutions and Junior College/Community Colleges). It highlights the efforts of athletics directors at all levels for their commitment and positive contributions to student-athletes, campuses and their surrounding communities.

“I’m proud of everything we’ve accomplished and how successfully we managed the program over the last 24 months through the pandemic,” says Blair. “The award is really for the entire college community, it wouldn’t be possible to accomplish what we have without the support from the administration and all of the students, coaches, faculty and staff.”

Blair, a lifelong Newburyport resident, took the helm of NECC’s athletics program in the fall of 2017. Since then, he’s added five new varsity teams, most recently women’s golf. This school year, the men’s basketball team went on a 14-game winning streak and played in the NJCAA Region 21/East District Championship Game for the first time since 2009. The baseball team set new records for consecutive wins and most wins in a season, ending with a 42-4 record. The team entered the College World Series as the third seed, its highest seeding ever. A few other accomplishments in the past five years: the women’s volleyball team captured two consecutive Region XXI Championships, and cross-country runners and golfers have competed nationally.

The ADOY Award program is in its 24th year and has recognized a total of 535 athletics directors to date nationwide.