Haverhill, MA (November 28, 2022)– After a three-year hiatus, a beloved holiday tradition returns to Haverhill. Northern Essex Community College will present “A Christmas Carol,” by Charles Dickens, starting Friday, December 9, with four performances ending Sunday, December 11. The show is staged in the Chester Hawrylciw Theater, on the third floor of the Spurk Building on the Haverhill Campus, 100 Elliott St. 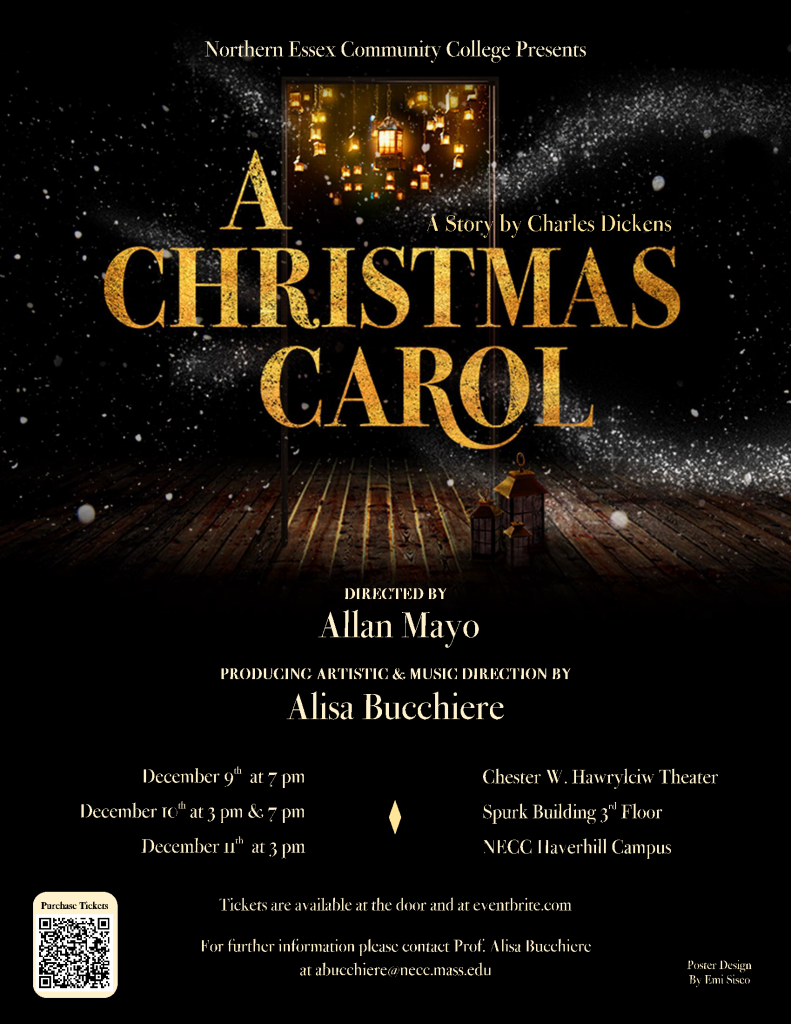 The show will feature some familiar actors and singers– as well as a few surprise guests. NECC Music Professor Alisa Bucchiere promises these guest performers will delight and entertain. “I don’t even want to say too much, but it’s going to be really exciting. People are going to enjoy what we have lined up.”

Bucchiere can share that the highlight of this production is the four madrigal singers who appear throughout the play singing traditional carols.

The NECC production was initially presented as a one-time fundraiser for the performing arts department in 1999. The production was so successful that it became a NECC community event each holiday season, with faculty, staff, students, alumni, and their family members auditioning for roles.

Tickets will be available at the door, but with limited seating, advance purchase is strongly suggested. Visit the ticket link to secure your seat! Tickets are $15 for adults, $10 for students and seniors, and free for children under five.

Olivia Buckley, The Ghost of Christmas Past,  Plaistow, NH