By Dan Blair, Director of Athletics

Haverhill, MA (January 23, 2023) – For the first time, the Northern Essex Community College athletic department has two programs ranked in the top 10 simultaneously in the national polls. Following a 2-0 week and 15 consecutive wins, men’s basketball is up to the fourth position in the Week Ten poll with 84 points, while baseball sits seventh in the preseason poll release. 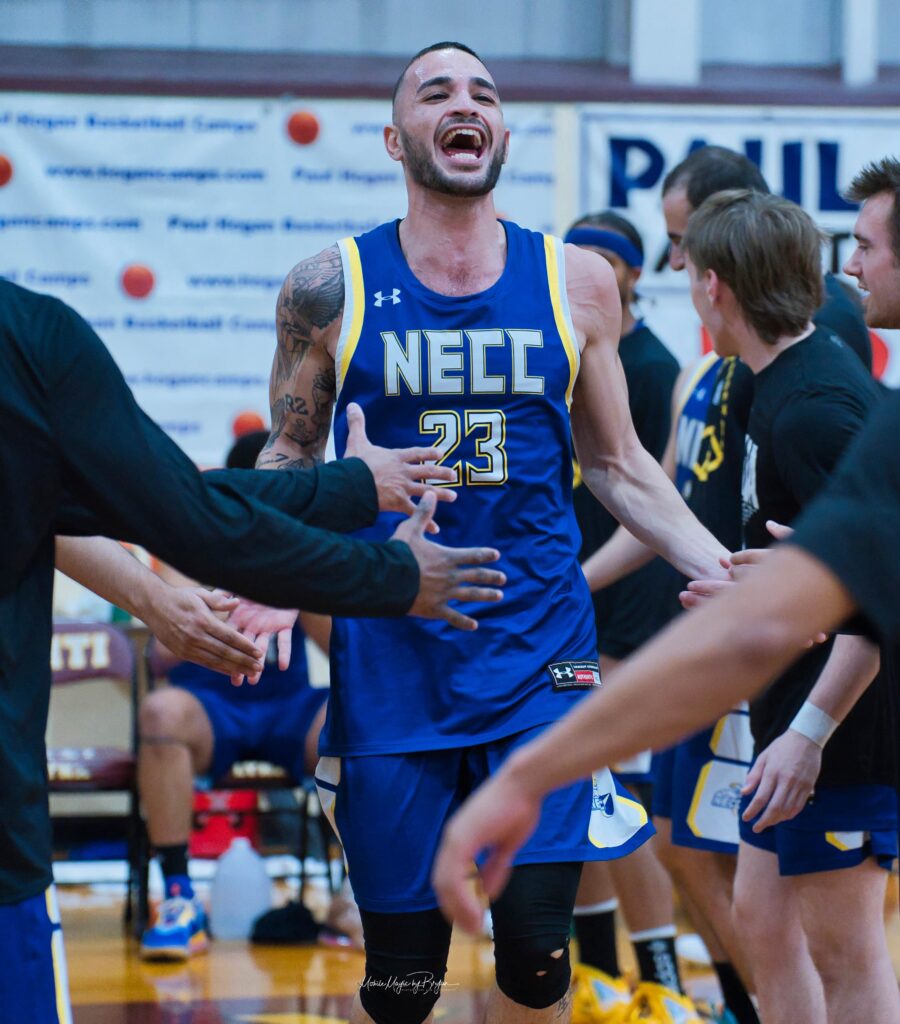 Mehmet Asik is in his second year at NECC

On the hardwood, NECC picked up a win Tuesday night at home over Gateway Community College to run their overall record to 19-1 and a perfect 14-0 in conference play. As a team, NECC ranks second in the nation in total rebounding at 50.9 per game while leading the country on offensive rebounding at 18.7 per game. While controlling the glass, the Knights also ranked in the country in opponents field goal percentage at 39.1%.

Luis Reynoso (Lawrence) continues to lead the Knights as he is averaging a double-double of 19.6 points and 13.6 rebounds per game, while Darlin Santiago (Salem, MA) is shooting 50% from behind the three-point arc in the month of January. Ten games remain on the regular season schedule. 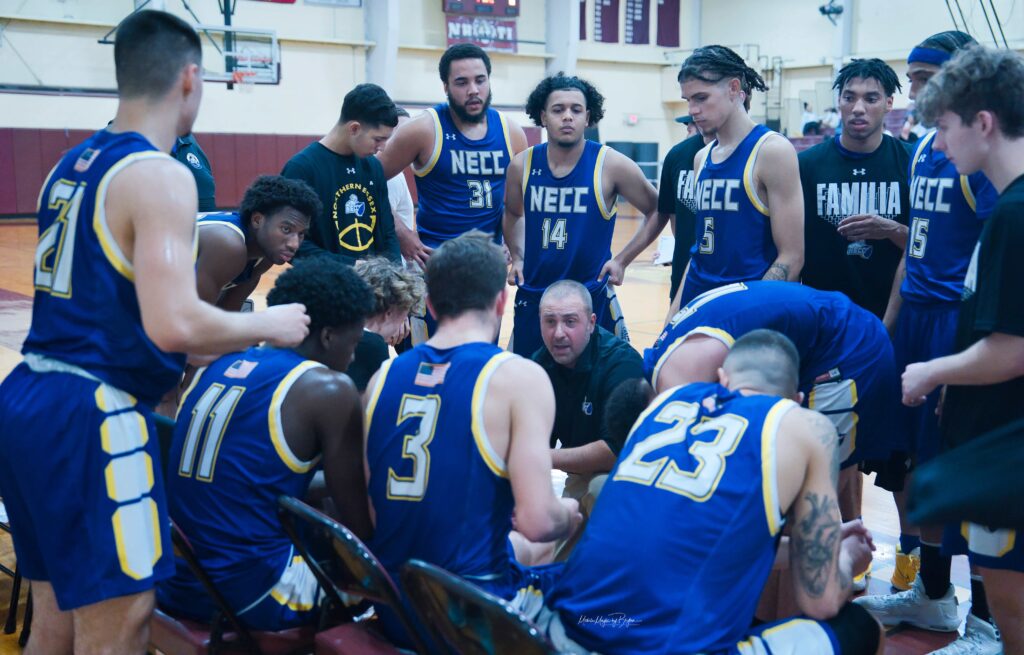 On the diamond, the Knights are fresh off the program’s eighth World Series appearance, where they finished fifth last season and grabbed the number six spot in the preseason rankings. The first regular-season poll of the season is slated to be released on March 13th.

In 2022, the Knights broke several program records over the season, which included both Region 21 and Northeast District Championships. With an overall record of 42-4, NECC broke the program record for wins in a season and established a program-record win streak of 33 games.

With 15 members of the 2022 team set to return to the roster in 2023, the Knights will have their eyes set on another deep run. Weather permitting, the NECC Knights will open their 2023 campaign with a four game home stand on March 4-5 at Haverhill stadium before departing for a 10 game trip to central Florida which includes five games against teams ranked in the preseason poll.