More than half of NECC Students Voted in 2016 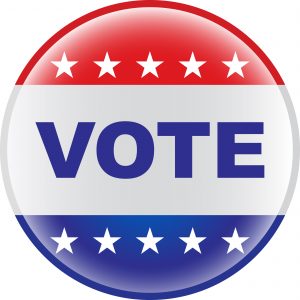 Northern Essex Community College students are voting in numbers higher than their peers at community colleges and public and private colleges and universities, according a recent study conducted by the Institute for Democracy & Higher Education at Tufts University.

The Institute first conducted the survey, called the National Study of Learning, Voting, and Engagement, in 2012.  It includes 30 million student records from more than 1,000 campuses in 50 states.

With D’Agata-Lynch’s leadership, the college hosted an Election Teach-In, a series of events designed to educate the college community about the presidential election and other important election issues, before the 2016 election.  Supported by the Contemporary Affairs Club and the Global Studies Department, the teach-In included presentations on the importance of voting by elected officials; a presidential debate; programs on topics such as voter security; and more.

“We’re proud that so many NECC students chose to exercise their democratic right to vote in 2016. However, we want these numbers to continue to climb. We know presidential elections tend to bring out a lot voters, but we strongly urge everyone to get out the vote this November for local and state elections,” said D’Agata-Lynch.

With campuses in Haverhill and Lawrence, Northern Essex Community College offers over 60 associate degree and certificate programs as well as hundreds of noncredit courses designed for personal enrichment and career growth.  Nearly 6,000 students are enrolled in credit associate degree and certificate programs on the Haverhill and Lawrence campuses; and another 3,000 take noncredit workforce development and community education classes on campus and at the Opportunity Works building at 671 Kenoza St., located next to the Haverhill campus, and at businesses and community sites across the Merrimack Valley. For more information, visit the website at www.necc.mass.edu.