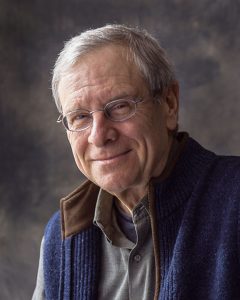 Photographer Ansel Adams (1902–1984), devoted his life to sharing the transformative power of wilderness through his art, and to leading the environmental movement. Speaker Hidy was chosen by Adams to collaborate on the final book of his career, Yosemite and the Range of Light (1979). Hidy continues to design the official Ansel Adams books for the Ansel Adams Trust and the publisher, Little, Brown & Company. Through his first-hand experience, Hidy brings a personal perspective to the Ansel Adams story.

In his lifetime Adams shot over 40,000 photographs; he produced several dozen books that have sold over a million copies; he cofounded the first museum department of photography at the Museum of Modern Art; and, for nearly 40 years he was a leader in the Sierra Club. The lecture is enlivened by quotes from Adams’ autobiography, and by dozens of his finest photographs—including some taken during World War II at Manzanar, the Japanese Internment Camp near Yosemite. 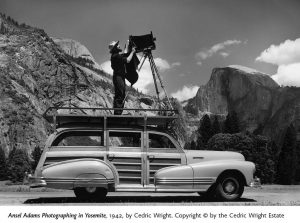 After graduating from Yale and cofounding the Boston publishing firm of David R. Godine, Hidy established his own design studio in 1973, where he expanded his practice to include posters, illustration, and photography, while incorporating his love of printmaking with his training in letter forms. Hidy’s writings on design history and practice have been widely published.

A former art director of Harvard Business Review, he designed the typeface Penumbra for Adobe, designed three U.S. postage stamps, and specializes in corporate identity and logo design. He currently works as an accessibility specialist, helping faculty design courses that are more user-friendly.

For more information on NECC’s Speakers’ Bureau, visit the Speakers’ Bureau page, the college website, or contact Ernie Greenslade, director of public relations, at egreenslade@necc.mass.edu or call at 978-556-3862.