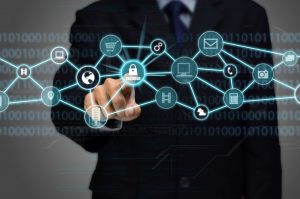 “There are literally hundreds of thousands of computer networking and security jobs that are going unfilled,” said Adrianna Holden-Gouveia, a computer information sciences (CIS) professor at Northern Essex. “There aren’t enough trained workers to fill the jobs.”

What type of jobs will graduates be prepared to fill? Junior network administrators, system administrators, and anything in disaster recovery or computer security incident response team are a few of the career options. 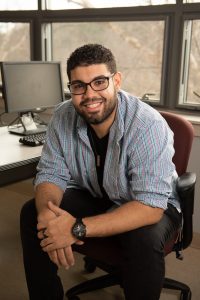 Junior De Los Santos Galan is one of the nearly two dozen students to enroll in the new CIS program.

The computer networking and security needs are only expected to grow. According to the U.S Bureau of Labor Statistics network administrators in the computer systems design and related services industry is projected to grow by nearly 30 percent by 2026, which is much faster than the average of all occupations.

CIS students are taking notice. Already there are nearly two dozen students enrolled in the inaugural class, according to Jason Termini, (CIS) professor and department chair. Junior De Los Santos Galan is one of these students. “I am interested in networking and security so that I can get a good job, help people, and make sure they never go through the fear I had when my credit card was lost,” he said. 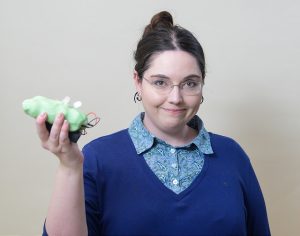 Like most of the students in the program Galan is encouraged (though not mandated) to participate in a semester-long internship. He has several prospects and is currently interviewing for a spring internship.

While the two-year degree program was created to train individuals for immediate entry into the workforce, some students, like Galan, are already thinking ahead and plan on enrolling in a four-year computer information program.

For those graduates ready to launch their careers, Termini said that conservatively they can expect salaries between $40,000 and $60,000 and in some cases depending upon experience, much higher. According to the Labor Board the median pay for an information security analyst is more than $95,000.

The degree was created with input from the CIS advisory board members and local employers, said Holden-Gouveia. “This is tailored specifically to fulfill the job requirements sought by employers,” she added. 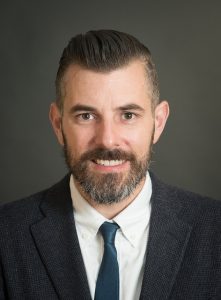 This degree is also in keeping with Massachusetts Governor Charlie Baker’s initiative to strengthen the Commonwealth’s cybersecurity ecosystem and support cyber workforce development.

“The MassCyberCenter and Cybersecurity Strategy Council were created to ensure the state serves as a valuable partner with businesses, colleges and universities, and the public sector to grow Massachusetts’ cybersecurity industry and continue developing a talented workforce,” said Gov. Baker during the 2018 Massachusetts Cybersecurity Forum.

For additional information on the CIS networking and security degree visit the program page.

NECC is enrolling now for the spring semester, which starts January 23.  To learn more, visit the website, necc.mass.edu, or contact enrollment services, admissions@necc.mass.edu or 978 556-3700.