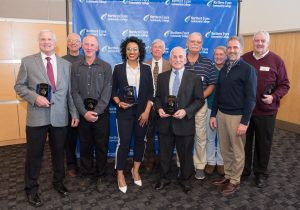 Northern Essex’s Inaugural Athletic Hall of Fame Banquet on Thursday evening, February 28 was a reunion, a source of inspiration, and an affirmation of the college’s athletic program, which has been growing in recent years.

Inaugural inductees to the hall of fame included Noelia Figuereo, a runner from Haverhill who, less than ten years ago, was a two-time national champion, and the 1970/71 men’s basketball team, which captured the state title almost 50 years ago.

“We’re growing our athletic program, adding sports and athletes, and we felt it was a good time to honor the successes of the past,” said Dan Blair, NECC athletic director.  “The Hall of Fame Induction Ceremony will be an annual event, and there will be an open nomination process for future inductees.”

Figuereo was a Two-time National Champion 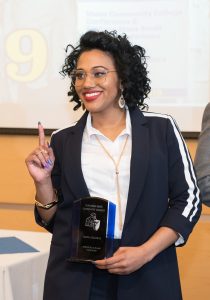 Noelia Figuereo was a track star at Haverhill High School before enrolling at Northern Essex, where she was on the women’s track and field team for two years.  She was a two-time National Junior College Athletic Association (NJCAA) National Champion, capturing the Women’s 200-meter national championship in 2010 and returning in 2011 to claim the 100-meter title.  After graduating from Northern Essex, Figuereo transferred to Merrimack College, where she ran track and earned a bachelor’s in Spanish in 2015 and a master’s in education in 2017.  She is now working for a nonprofit that is under the Department of Mental Health.

Figuereo says she realized track “was her calling” after running in her first track meet in middle school.  High school presented challenges for her, as she helped care for her beloved grandmother, who was diagnosed with dementia.   She says it was difficult to adjust to her role as “a primary caregiver and a student athlete”.  Figuereo credited the college, her coaches Dawn Caputo and Andrew Barron, and her family—more than a dozen family members and friends were there for the induction—with providing the support that led to her success.  She calls her mother Maria, a 1999 graduate of the college’s Computer Science Program, her “number one supporter.” 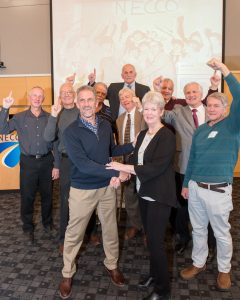 The 1970/71 men’s basketball team was a collection of young men from areas towns such as Lawrence, Haverhill, Newburyport, Lowell, and Salem, NH, among others, said Blair.  The team was coached by the late Jack Wysong of Newburyport, who was a longtime faculty member and administrator at Northern Essex.  With a 21-6 record, the team captured both the Massachusetts Community College Championship and the Eastern Massachusetts Small College Conference Championship.   At the conclusion of the season, Neil Reardon of Newburyport and Joe Goldsmith of Newburyport were named Eastern Mass All-Stars.  Reardon and Goldsmith and John “Butch” Dunham of Salem, NH were named among the class of 1971 Outstanding College Athletes in America.  Joe Tardif of Plaistow, NH, who was also on the team, is still at the college.  For the past 20 years, he has coached men’s basketball, currently serving as head coach.

Neil Reardon, who went on to coach the Newburyport High School girls basketball team for 27 years until his retirement in 2010, spoke on behalf of the team, which was represented by a remarkable eight of the thirteen original team members.   “It’s almost 50 years since we played ball together and this is a special night for all of us.”

The Athletic Inaugural Hall of Fame Banquet included a social hour, a buffet dinner, and a program featuring remarks by Blair, NECC President Lane Glenn, and the inductees.

Northern Essex competes as a member of the National Junior College Athletic Association (NJCAA) and currently sponsors nine varsity intercollegiate sports including baseball, men’s basketball, golf, softball, women’s volleyball, men’s and women’s cross country and men’s and women’s track and field.  In the fall, Northern Essex will have the largest community college athletic program in the state with the addition of three new sports: men’s soccer, women’s basketball and eSports.  Nine of the 15 community colleges in the state have varsity athletic programs.

Those interested in nominating athletes—individuals or teams—for the next ceremony are invited to submit nominations through the form on the NECC Athletics website. 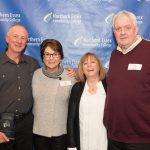 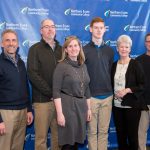 Coach Jack Wysong’s widow Catherine (second from the right) and members of her family. 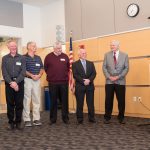 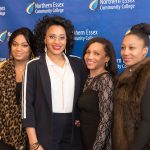 Noelia Figuereo and her family including her mother Maria to her left. 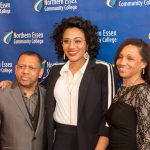 Noelia Figuereo and her parents. 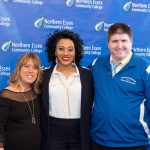 Noelia Figuereo and her coaches Dawn Caputo and Andrew Barron. 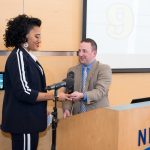 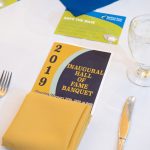 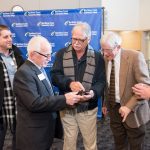 The 1970/71 basketball team enjoyed catching up. 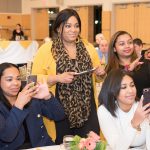