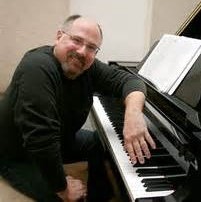 Woody Giessmann, founder of Right Turn, a treatment program for substance use disorder, will speak at NECC on April 9.

How do you go from being a drummer in a rock band to operating a substance use disorder program? Come hear Woody Giessmann share his tale from rock band to rock bottom and how he subsequently founded “Right Turn” an innovative treatment program in Watertown.

He will speak on Tuesday, April 9, at 12:30 p.m. in Northern Essex Community College’s Hartleb Technology Center on the Haverhill campus, 100 Elliott St., as part of the NECC STEM Speakers Series. This event is free and open to the public.

Giessmann was a drummer with the rock band “The Del Fuegos” a Boston based, garage-style, rock band known for their songs “Don’t Run Wild” and “I Still Want You”. He experienced the “devastating effects of drug and alcohol use disorder”.

“I became keenly aware of the need for innovative services, continuous support, and ongoing encouragement for people who have been affected by addictions and co-occurring mental health disorders,” he said.

Now in long-term recovery, Giessmann is founder and chairman of “Right Turn” an innovative, substance-use, disorder program that makes use of both evidence-based treatment and creative expression.

He became an addictions specialist in 1993. He is also a professional interventionist. He was appointed to The Board Of Registry In Medicine by Governor Charlie Baker in February of 2016.

“Right Turn does more than treat the substance use disorder; we understand the complexity of co-occurring disorders including depression, trauma-related disorders, anxiety and other underlying mental health and psychological issues,” he said.

The multidisciplinary approach is designed to engage people from the first phone call.

“We believe that all people can get well,” he said. “They may just need a different, more inspiring approach.”

Northern Essex offers more than 40 STEM programs on its campuses, along with internships and practicums that help prepare students for Massachusetts’ ever-growing STEM workforce. For more information, contact Carolyn Knoepfler, PhD, assistant dean of science, technology, and engineering, cknoepfler@necc.mass.edu or 978 556-3541.

NECC also offers an associate degree in human services and a certificate in alcohol/drug abuse counseling. Following the completion of the 35-credit program, individuals can work in a variety of treatment environments, apply the credits toward an NECC’s associate degree in human services, or pursue becoming a licensed alcohol and drug counselor with the Commonwealth of Massachusetts.