Governor Baker Appoints Lawrence Educator to NECC Board of Trustees 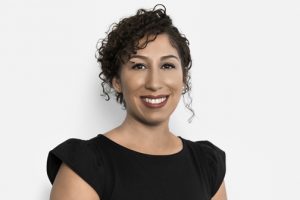 Shalimar Quiles, head of the Hennessey School in Lawrence, has been appointed to the Northern Essex Community College Board of Trustees by Massachusetts Governor Charlie Baker.

Born and raised in Lawrence and a 2008 graduate of Northern Essex, Quiles has been working for the Lawrence School System since 2012.  She was hired as scholar re-engagement manager; named the superintendent’s chief of staff later that year; and appointed school leader (principal) of the Hennessey School, which has 384 students, pre-kindergarten through 2nd grade, in 2016.  Before coming to Lawrence Public Schools, she served as senior coordinator of Family and Community Relations for the UP Education Network, a school turnaround organization in Boston.

“Shalimar is going to be a fantastic addition to our board, and I am so impressed with all she has accomplished,” said Lane Glenn, president of Northern Essex.  “As a recent graduate of the college, she understands our mission and our students.   And, her insight will help us better serve the Lawrence Public Schools.”

Quiles attended the Arlington School in Lawrence and is a graduate of Lawrence High School.  After earning her associate degree in communications from NECC, Quiles transferred to Simmons College, graduating in 2010 with a Bachelor of Arts in Communications and a minor in Spanish.   In 2017, she graduated with a Master of Arts in Curriculum and Instruction from Merrimack College.

“I feel incredibly grateful and fortunate to be able to serve the college and the broader community,” said Quiles after learning of her appointment to the Northern Essex board.

Governor Baker appointed Quiles to replace Joe D’Orazio of Haverhill, who joined the trustees in 2015.