This article originally appeared in the Spring 2022 edition of NECC’s alumni magazine, alumnecc

At 31 years old, Everett resident Liseth Velez ’15 is an award-winning business leader and veteran who has shattered many traditional barriers to become the successful CEO of a construction firm and contracting agency. But until recently, she never could have imagined such a reality. 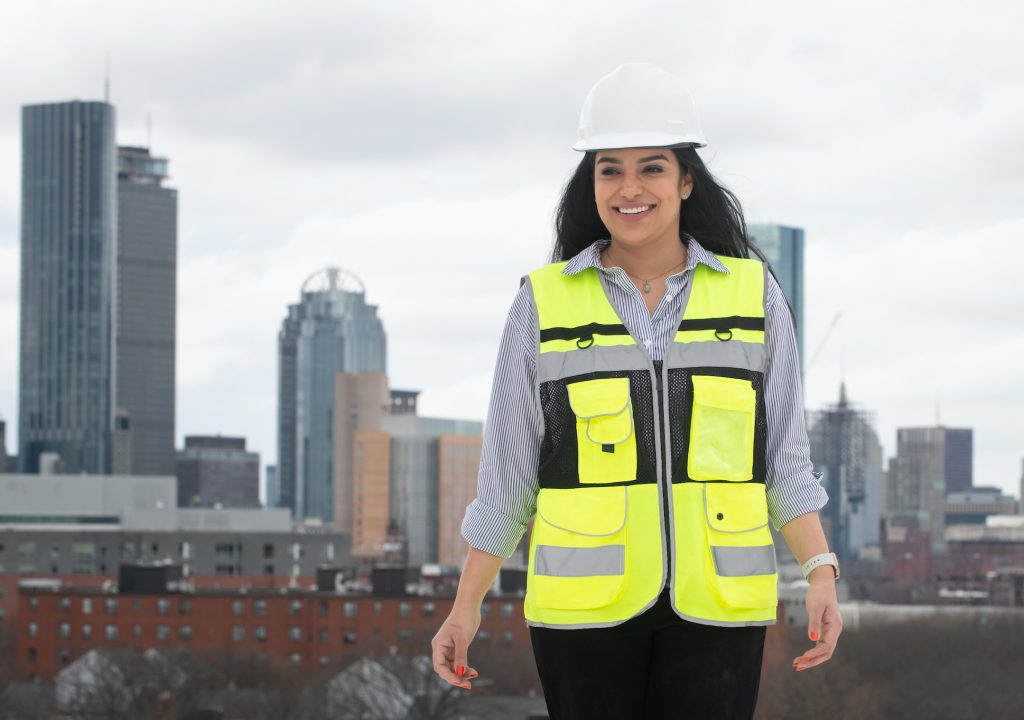 Liseth Velez ’15 on site of one of her projects in Roxbury, MA

As a child, Velez, who grew up in Lowell after migrating from Colombia, says she wanted just one thing: to join the United States military.

It was a dream she began working on as a teenager and pursued relentlessly in subsequent years. By her freshman year at Lowell High School, she had enrolled in the Air Force Reserve Officers’ Training Corps (ROTC) and by the time she graduated, was bent on continuing her training by joining the National Guard.

Northern Essex Community College came into focus as an option while she was stationed in Fort Leonard Wood, Missouri. Her time in the military had made her eligible to receive reduced college tuition rates: a benefit that she felt she would be remiss not to use.

“Thank God for the educational benefits that came out of serving in the MA National Guard,” she says. “I was finally able to pursue higher education and, most importantly, learn about subjects that actually interested me.”

Velez’s time on campus began in the summer of 2012, with two courses that would help her test the waters of her educational journey while she continued to pursue work and training. She faced a unique and significant challenge, however; the reality that, even while actively enrolled in school, she could be called upon for deployment at any time. By the time she graduated in 2015 with her Associate in Arts: Liberal Arts, she’d indeed gone through multiple deployments, often dropping classes midway through the semester to serve.

This could have been a major deterrent at another institution, but Velez credits NECC with having the resources in place to make it work. 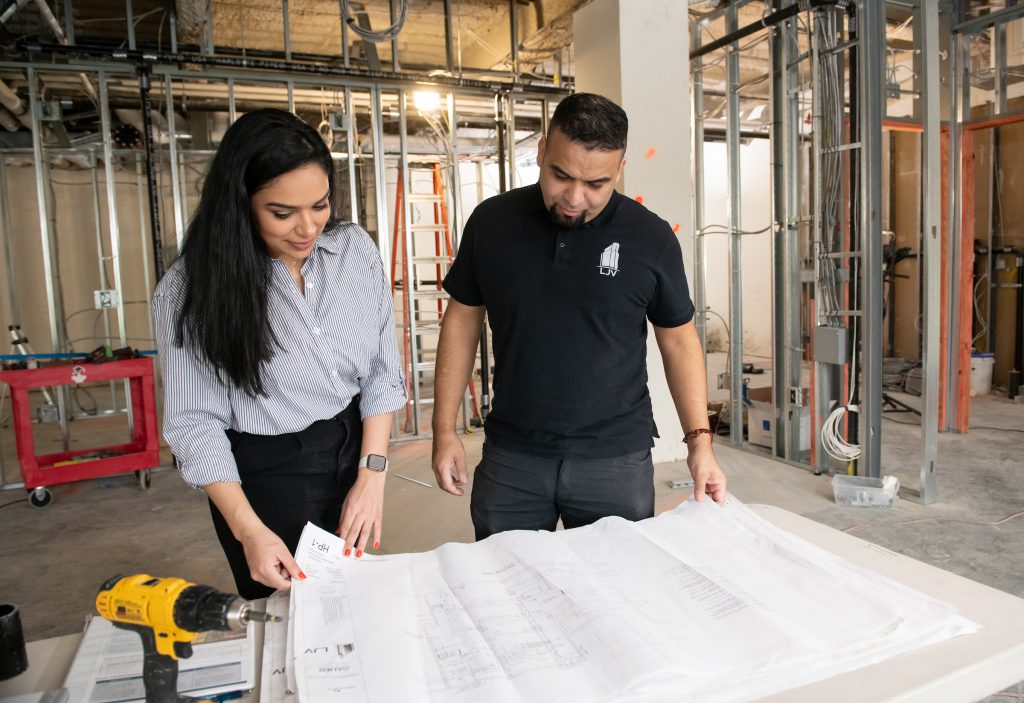 “It helps that everyone at NECC was very supportive and aware of the procedures whenever something like this happened, so it made the transitions in and out of classes a lot easier,” she says. “It’s the culture and flexibility at NECC that helped me during the hardest of classes.”

That flexibility helped Velez find the balance and concentration she needed to continue her educational journey after NECC. Developing an interest in business and engineering, she went on to earn an associate degree in mechanical and electrical technology from the Community College of the Air Force and a bachelor’s degree in business management from Webster University.

The field of construction came naturally to her. Velez began investing in real estate early in her career and found a passion for the field while working as an HVAC technician in a civil engineering squadron of the Air Force.

“Little did I know that every experience was a stepping stone for what was coming next,” she says.

Velez launched her Everett-based construction firm, LJV Development, in 2018, and in just four years has developed a broad portfolio, serving on a range of development and contracting projects for federal agencies and commercial enterprises. Earlier this year, she and her company were recognized by the U.S. Department of Veterans Affairs with a third-place honor in the national Women Veteran GovCon Bootcamp Accelerator Pitch Competition, which resulted in a $5,000 grant to support the growth of her evolving business.

For now, Velez has no plans of slowing down. A firm advocate for the value of strengths-based work, she continues to push toward what she knows she’s good at, and encourages others to do the same.

“Oftentimes, we are told to work on our weaknesses,” she says, “but I believe we should work on our strengths. That is the only way you can truly become an expert at something and be happy while doing it.”

Learn more about services for both active duty service people and veterans at Northern Essex by visiting the Veterans Services webpage.