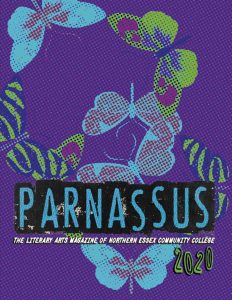 Parnassus, Northern Essex Community College’s student literary magazine, has received two national awards, making it one of the top magazines of its kind in the country.

The 2020 issue of Parnassus, which was published last spring, received the Associated Collegiate Press (ACP) Pacemaker Award in the literary arts magazine category for the third year in a row and was named a Crown Finalist in the print literary magazine category by the Columbia Scholastic Press Association (CSPA).

“This is awesome news for an issue that I was afraid might not come together because of the pandemic,” said Patrick Lochelt, faculty advisor to the magazine. “Our students and staff came through amazingly.”

Parnassus is a student-run publication consisting of short fiction, poems, creative nonfiction and art and photography. It was started in 1965 as a way for creative Northern Essex students to share their talents. 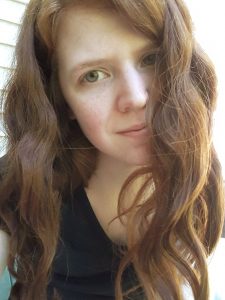 “There is a lot of talent in this school, and the diversity that is inherent to a community college is what makes putting together every issue so exciting for me,” said Burke. “I am deeply appreciative of our outstanding national recognition for this. I think we deserve it.”

The ACP’s Pacemaker Awards are presented each year at the ACP Fall National College Media Convention, which was held virtually this year on Oct. 22, and are the most-competitive, most-honored prizes in collegiate journalism. In the literary arts magazine category, there were 14 finalists—five from two-year and nine from four-year institutions. Six magazines, including Parnassus, were selected for Pacemakers, the preeminent award.

The Columbia Scholastic Press Association (CSPA), an international student press association, presents the Crown Awards each year. They are the highest recognition given by the CSPA to student print or digital medium based on overall excellence, including design, photography, concept, coverage, and writing. Eight magazines from two and four-year colleges, were selected in the print literary magazine category, including Northern Essex. Colleges will find out whether they have received a Gold or Silver Crown at the virtual conference in March.

Northern Essex is currently accepting student submissions—poetry, fiction, creative nonfiction, art, and photography— for the 2021 issue of Parnassus. The deadline is Mar. 26.

Northern Essex offers associate degrees in liberal arts: writing and journalism/communication, both of which prepare students for entry-level positions as writers or journalists or for transfer to a four-year program.

For additional information on the magazine or the award contact Lochelt at plochelt@necc.mass.edu