Board of Trustees Update: March, 2021 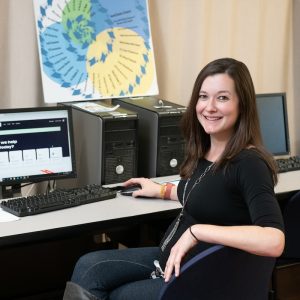 At a December retreat, the NECC Board of Trustees conducted a self-assessment, focusing on strengths, areas of challenge, and priorities for the future. The self-assessment was facilitated by Kelly Saretsky, dean of institutional research, planning and effectiveness, who reported on the results at the March meeting of the board.

The board’s strengths are strong and dependable leadership, community involvement, a commitment to innovation, and a common focus on “working tirelessly to remove barriers to student success,” reported Saretsky.

When asked to select a priority area for focus, here’s how trustees responded:

Lots of News in Health Area

In the fall, the Center for Health Professions, which serves over 1,000 students enrolled in health programs, will move to a new space that is double the size of the current center, according to Scott Lancaster, interim dean of Health Professions, who delivered the educational report at the March meeting of the Board of Trustees.

Located in the El-Hefni Health & Technology Building, the center is moving from a classroom on the first floor to space in the lobby, which formerly housed the Lawrence Career Planning and Advising Center (CPAC), now located in the Dimitry Building.

Report of Board Committees

Trustee Shalimar Quiles reported that the committee is in the process of submitting four nominations to the Governor’s Office to fill two open positions. Boards are asked to submit two nominations for each open position, explained Quiles.

President Lane Glenn reminded trustees that the virtual site visit for the New England Commission of Higher Education (NECHE) 10-year accreditation of the college will be April 11-14.

The team’s chair will present an exit report at 10:30 am on Wed. April 14. The report is not a final report, but it will highlight “big strengths and potential challenges,” according to Glenn.

In July, Northern Essex became the first community college in MA to adopt Handshake, a career network that is comprised of 500,000 employers, including all of the Fortune 500 companies.

Since then, 1,000 students and alumni and 500 local employers have signed up and three virtual networking events have been held.

Student Career Opportunities is one of the goals of the college’s strategic plan.

Spring Enrollments Down, But Better than State Average

The college projected a 10% enrollment decline but realized only a 7% decrease this semester. Northern Essex is doing better than the state average, which was a 16% decline, said Glenn.

At the December 2020 meeting of the board, President Glenn shared that the college would be boosting its focus on attracting a diverse faculty and staff, one that best reflects the ethnic diversity of student enrollment.

At the March meeting, he shared some positive news on this front.

In the past two years, the college has hired 62 full-time benefited employees, and nearly half of them were people of color, the great majority Latino.

That includes the college’s leadership (director level positions and above).

While progress is being made, Glenn cautioned the board. “This isn’t to suggest that we don’t have a long way to go,” he said.