Mother and Daughter Graduate Together 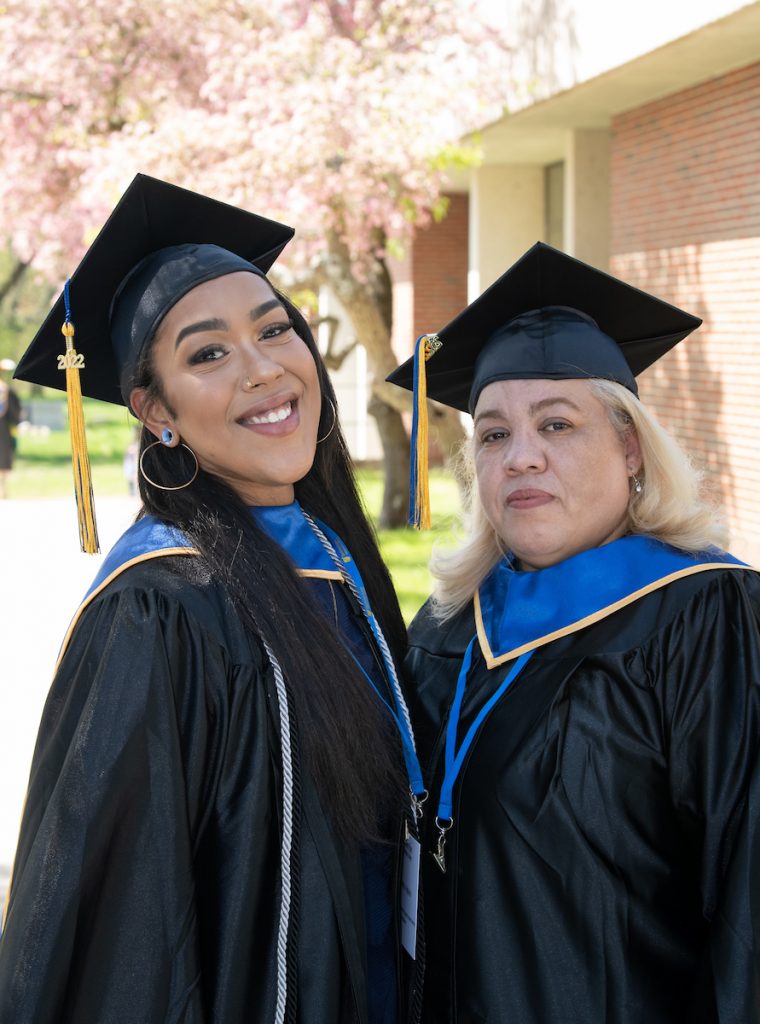 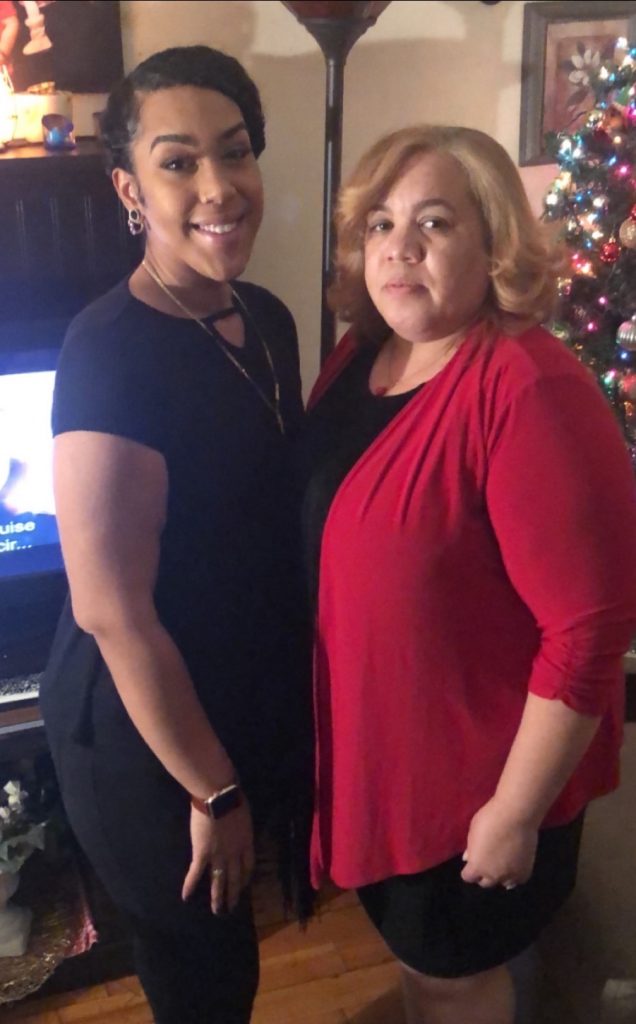 Haverhill, MA (May 10, 2022) – When Eudania-Chucha Aquino of Lawrence was just 8 years old, she made a bold prediction: “I said mom, we’re going to graduate college together.” Her mother, Eugenia Hernandez-Gomez wasn’t so sure “I said ‘what are you talking about?’ It was a joke.” But now, 22 years later, that prediction is coming true. This Saturday at Northern Essex Community College’s 60th Commencement ceremony, mother and daughter will walk together. Eugenia will receive her associate degree in Human Services, and Chucha will receive her certificate in the same field.

The journey to this point contained many twists and turns for both mother and daughter. Hernandez-Gomez, who is originally from the Dominican Republic, first came to NECC to get her G.E.D. when she was 19 in 1994. She then enrolled in the ESL program in 1997 but couldn’t finish due to family commitments and financial aid issues. After nearly a decade away, Hernandez-Gomez, decided to try again. She re-enrolled in the ESL program in 2006 with the goal of getting her nursing degree. Still, she struggled, especially with writing in English. “I got so frustrated because I’d been in school for a long time,” she remembered. “One time, I brought a paper to the writing center again and again. I had to do it many times.”

Hernandez-Gomez persevered, with Aquino right by her side. “She would come to me at home and say, ‘I don’t know how to read this, what do I do?’ And I was not allowing her to give up and get discouraged,” says her daughter. Aquino graduated from Lawrence High School with high honors in 2009. She was accepted to Cornell University in Ithaca, New York, where she planned to study to be a veterinarian. However, a health issue made her decide to stay closer to home. She enrolled at NECC as a Liberal Arts major but had trouble finding her footing. “I got into sort of the same pattern as my mom where the classes were becoming hard, dropping and withdrawing and getting incompletes became a pattern that I needed to get a hold of,” she said.

So, what changed to get them over the finish line? Both mother and daughter credit student support services and the encouragement of their professors. After taking a year off to work, Aquino came back to NECC to study to become a behavioral therapist and found her calling. “Little did I know I would meet [professors] Brian McKenna-Rice and Lisa Fabbi-Lopez who just captivated my mind in Human Services.” Hernandez-Gomez also realized her passion for Human Services and switched her major from nursing. She’s already found a job as a family advocate, which she says she loves. 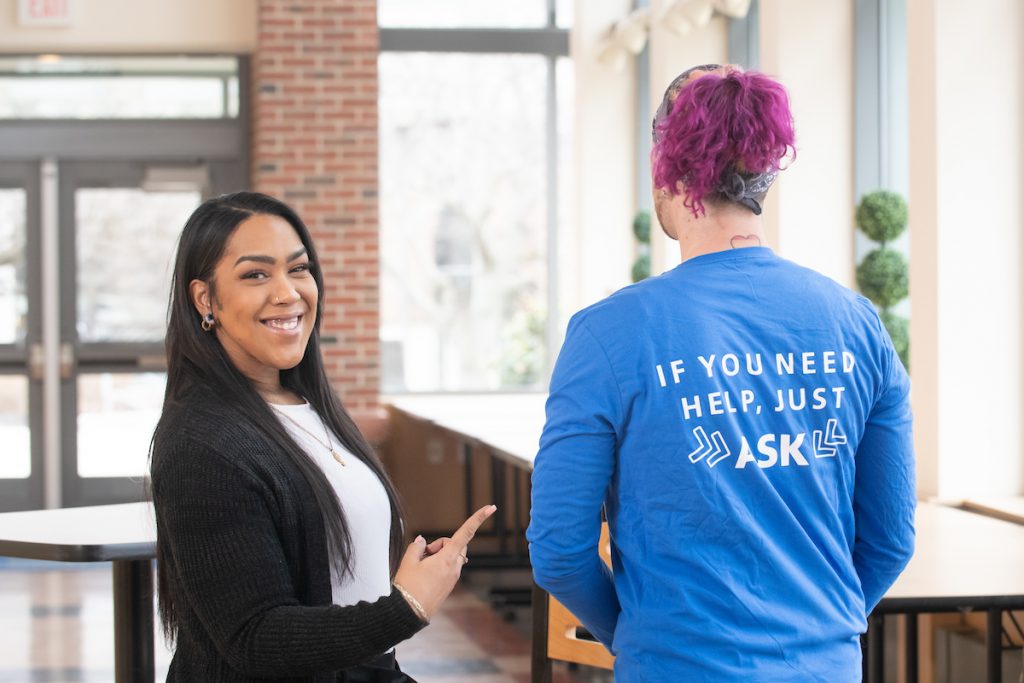 Aquino is currently working to help other students succeed as a student ambassador. The Student Ambassador program started in the fall of 2019 and provides peer support to students when they need help with a wide range of issues. “I look at it now, had I had an ambassador when I began my journey in 2009, I would have had my degree by now.” Aquino will continue to work as an ambassador through the fall, when she will complete her associates degree in Human Services. Mom says it’s almost like she predicted this outcome: “When I was 35 years old, I thought ‘I need to work at Northern Essex, I need to help students to keep going and finish school.’ And now she’s working there helping students!”

Aquino hopes to continue helping students by working in the NECC Academic Coaching Center after she graduates. Hernandez-Gomez plans to continue her work as a family advocate but hints that she might want to pursue her bachelor’s degree eventually. For now, they’re both excited for Commencement and to celebrate their double accomplishment with their family. Said Hernandez-Gomez, “I’ve been thinking about this thing for years and years and it’s like oh my god I’m done!”