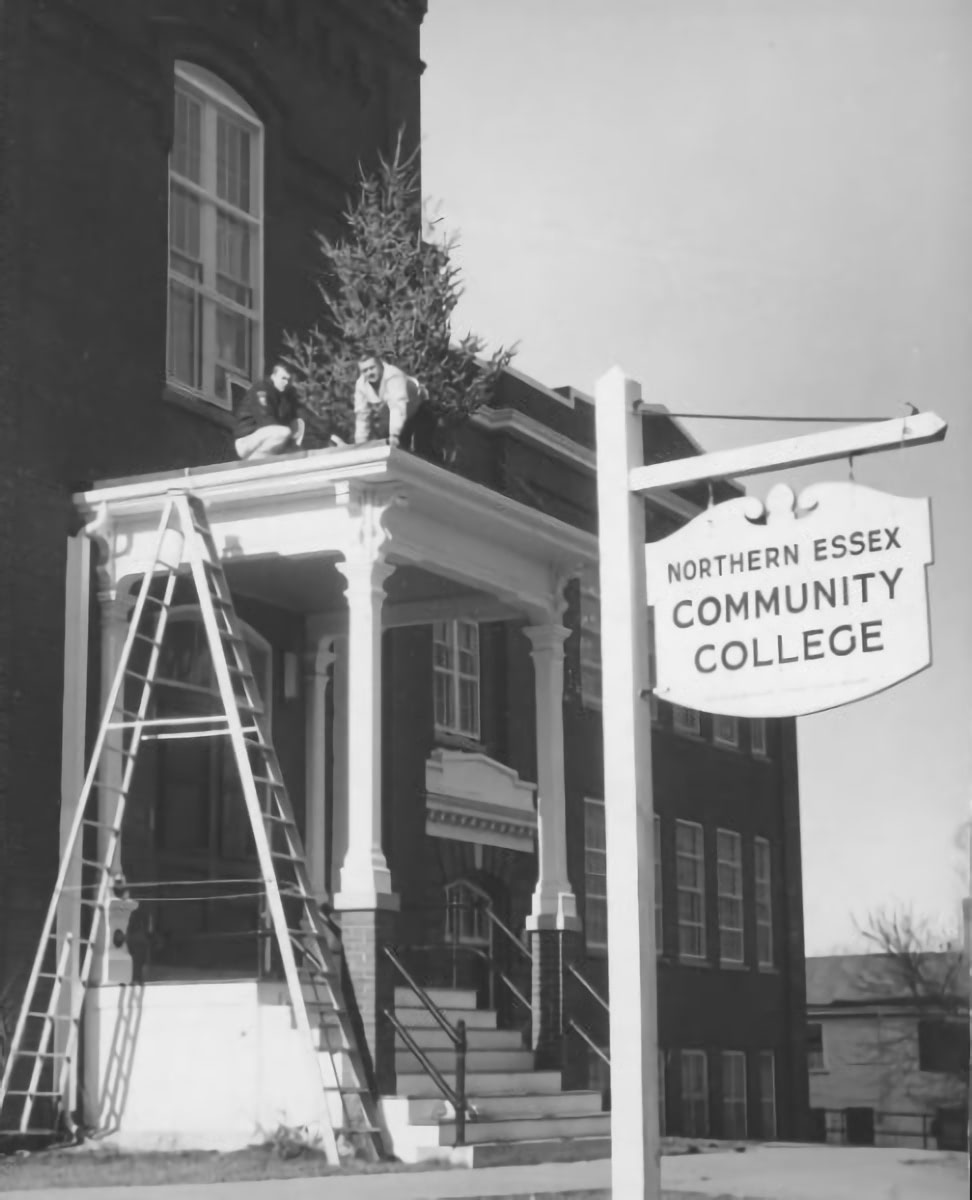 While the pandemic has made it difficult to plan in-person activities, the college has come up with creative ways to celebrate these events and remind the community of our rich history.

The anniversary theme will be incorporated into all of the college’s key events such as Awards Convocation and Commencement and we will be holding selected special events, including a President’s Anniversary Theater event on November 5 and a Foundation Fundraising event in the spring on a date to be determined.

The college community, including faculty, staff, students, alumni, and friends, can join in the celebration by sharing content on social media and submitting photos for the anniversary photo mosaic.

There are also special sections on the opening of the Haverhill Campus and the Dimitry Building in Lawrence.

Focused on Our Mission

From its humble beginnings in the former Greenleaf Elementary School in Bradford until today, when the college has full campuses in Haverhill and Lawrence and a culinary arts center in downtown Haverhill, Northern Essex has maintained its focus on putting college in reach for all residents of the Merrimack Valley, especially those who have been underrepresented in higher education in the past. Here’s a sample of some of our most notable graduates.

We look forward to building on our six-decade tradition of excellence in higher education and to celebrating all that has been accomplished!